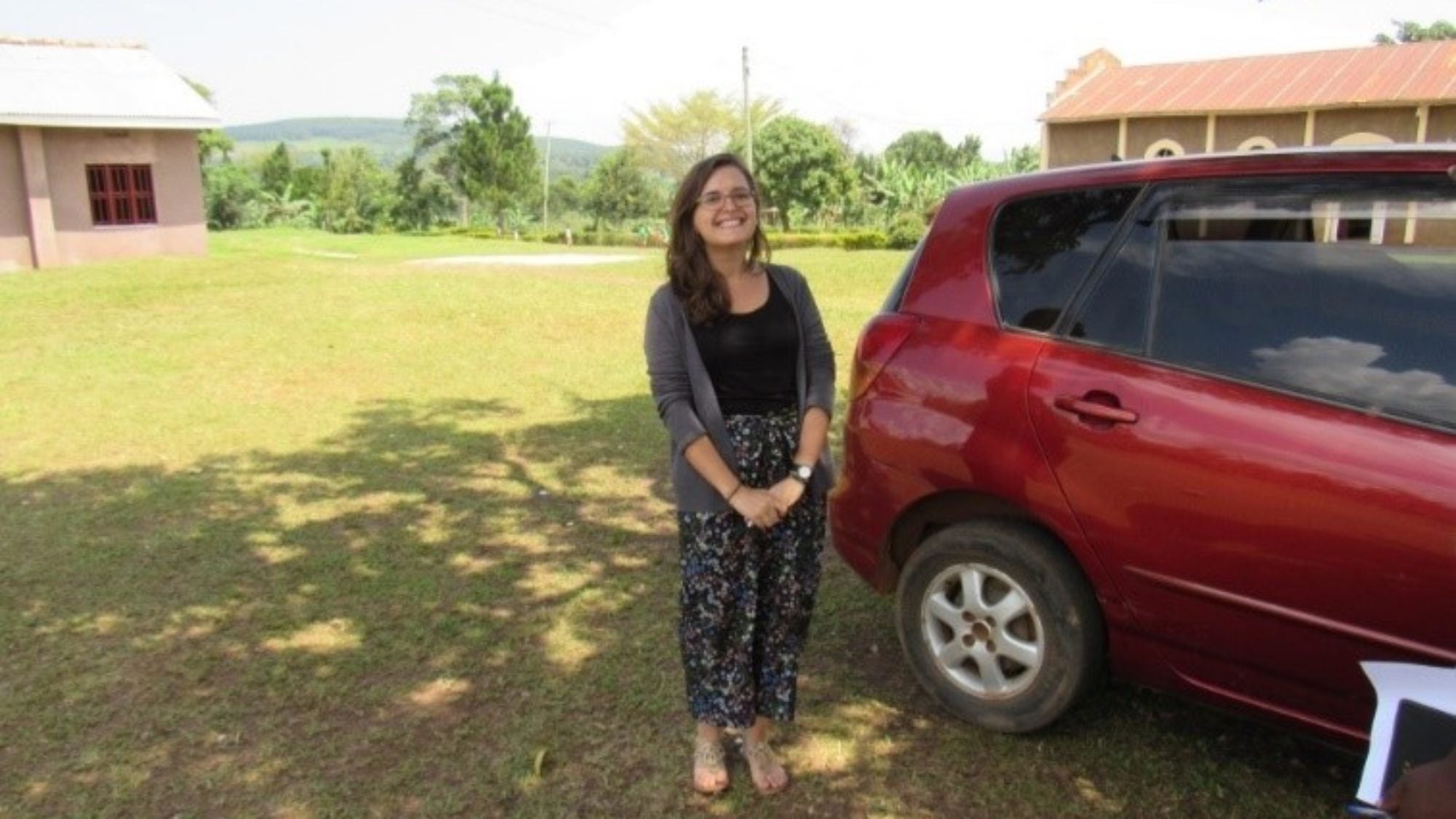 Diana Winter, class of 2020, spent her summer in Uganda where she interned for Elevate: Partners for Education. She mainly focused on the Village TEACH program which aims to increase accountability in education service delivery by giving parents and other community members a platform to engage with school leaders and advocate for change.

A month ago, the Executive Director of Elevate: Partners for Education asked me to create the above map of all the schools where the organization has been running its Village TEACH program since 2015. Village TEACH is a school-based participatory scorecard program that aims to increase accountability in education service delivery by giving parents and other community members a platform to engage with school leaders and advocate for change. The fifty schools are in Mukono District, which is the administrative area situated just to the east of the capital, Kampala. On the surface, these schools are all very similar. They are situated in rural agricultural communities, their pupils often come from poor families, and they universally lack access to financial and material resources.

However, even with these apparent similarities, the functionality of these schools is quite varied – especially when it comes to the implementation of the Village TEACH program. In some schools, the program has thrived and become self-sustaining. Independent scorecard committee meetings occur without reminders from Elevate, school leaders collaborate with and support parents and community members in their attempts to monitor progress, and committee chairs report back to Elevate on a regular basis. However, in a handful of other schools, the program has failed to stick.

Part of this failure was, admittedly, due to faults in the program design itself. Elevate was the main facilitator of school-level meetings for the first year of implementation and only passed full responsibility to the schools later in the program cycle. This resulted in confusion and disengagement when Elevate started to scale down its involvement at each school. Elevate also realized that it did not do a sufficient job engaging a diverse group of stakeholders in the original iteration of the model. This meant that higher-level government and school leaders were either unaware of the program or antagonized by it because they saw it as an affront to their authority in the school.

With these concerns in mind, I have been working with the Elevate team to revamp the program design before they expand into new schools in the next academic year. We have developed a progression model for Elevate’s involvement in each school. Instead of relying on a fixed-year timeframe for implementation, Elevate will only step back once there is evidence that a school is ready to manage programming on its own. My colleague and I are also building a new monitoring and evaluation framework aimed at collecting granular data on the strength of the program in each school to inform this progression model. Finally, we have developed new trainings for school leaders, the community, and the Village TEACH Committee with the aim of bringing all stakeholder groups into the fold much earlier in the process.

Of the original fifty schools participating in the Village TEACH program, we selected ten to be trained in the new-and-improved Village TEACH model. The small-scale pilot test will take place throughout the remainder of this school year (in Uganda, the academic year ends in December). Two stakeholder meetings were planned for Wednesday July 17th and Thursday July 18th in two neighboring sub-counties of Mukono District. By the Friday before the meetings, each school had received a letter signed by the District Education Officer, the Local Council, and the Zonal Leader instructing specific school leaders to attend. The program facilitator had reached out individually to each school at the beginning of the week and received guarantees that the schools would send representatives to the meetings. The morning before each meeting, the zonal leaders had checked in with each school to make sure they still planned on attending.

The Wednesday meeting went as planned. There were at least two representatives from each school present. The Zonal Leader and Local Counsel Chairman also both made appearances during the meeting to express their support and encourage school leaders to be active in the program. It was very productive and everyone went home ready to re-introduce Village TEACH to their schools.

On Thursday, four of us left Kampala at 10:30 a.m. ready for another productive day. We arrived at the school early to make sure the classroom was clean and the materials were set up. However, at 2:00 p.m., when the meeting was expected to start, no one had arrived. One of my Ugandan colleagues made a joke about “Africa time”. We all chuckled. We only started to worry at 2:30 p.m., when we still had no arrivals. It was 4 p.m. when we finally decided that no one was coming. Not one single person showed up for the meeting: no school representatives, no Zonal Leader, no Local Counsel Chairperson. No one. These two meetings were planned in the same country, same region, same district, and in neighboring sub-counties. We had gone through the same process of getting approval, obtaining signed letters of support, sending invitations, and following-up with schools in advance of both days. Why did things turn out so differently?

In their book Building State Capability, Lant Pritchett, Michael Woolcock, and Matt Andrews argue that “many states have poor outcomes not because they lack ‘good policies’ but because they lack implementation capability.” To illustrate this, the authors point to an experimental study where researchers sent misaddressed letters to 159 countries and then counted how long each letter took to return, if it came back at all. Any disparity in the number of days it took each country to return a letter was not due to policy differences—all countries are signed on to the Universal Postal Union convention—but due to the capability of each country’s postal service to implement the policy. Somalia, Liberia, and Fiji were on the list of countries that never returned the letters while Uruguay, Finland, and Norway were all on the list of countries that returned the letters within the specified 90-day period.

Maybe the failure of the original Village TEACH model in some schools was not solely due to shortcomings in the program design. It is likely that many of the schools where the program did not stick had little to no capability to take it on to begin with: we were asking Fiji-level schools to implement a Uruguay-level program. Even the action of attending an afternoon meeting was asking too much of the school leaders on that Thursday. This is not to say that those leaders are lazy, inept, or not interested in improving the education climate at their schools. That is the furthest thing from what I have seen on the ground in Uganda over the past ten weeks. Parents, students, teachers, and leaders are all passionate about improving the quality of education in their communities.

Just today, nearly 100 community members showed up for our Village TEACH training in a primary school near the shores of Lake Victoria. For six hours they discussed the challenges their school faced, their goals for their children’s learning, and plans to improve. These people are not lazy, inept, or disinterested. Unfortunately, some schools just do not have the capability to have these discussions yet. Perhaps this is because school leaders hold multiple jobs to provide for their families or have other programs putting demands on their time that they think are more important. We cannot know. Thus, instead of getting upset with school leaders for not showing up to our meeting on Thursday, we decided to recognize their absence as a sign that those leaders were already overburdened with the complexity and scale of the task of overseeing primary schools, and it would be irresponsible for us to add to that burden by insisting that our program be implemented.

I owe a special thank you to the entire team at Elevate: Partners for Education for making the past ten weeks such an incredible learning experience. Every single person on the staff has supported me, joked with me, and inexplicably trusted me not to mess up all their hard work. I cannot wait to see what the organization will accomplish in the coming years. 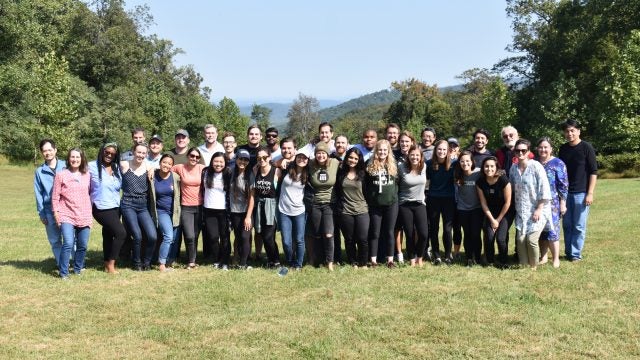