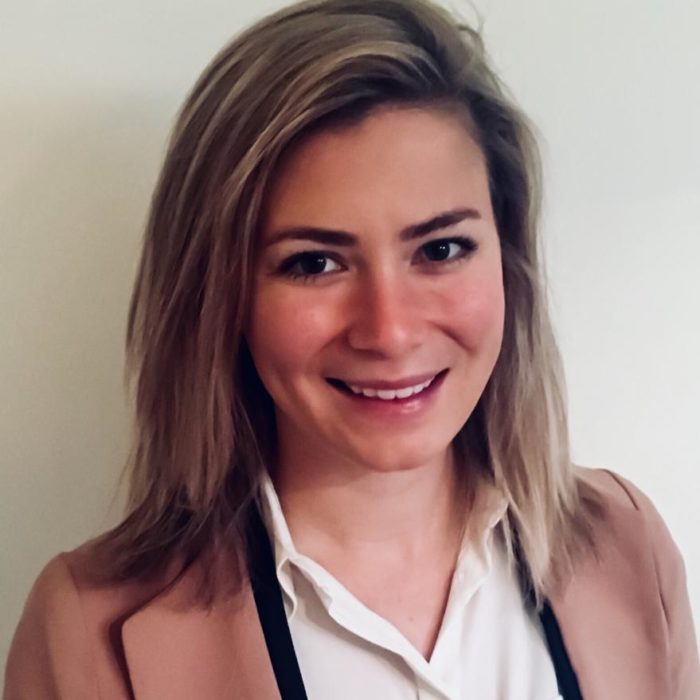 Emma Manzi graduated from the United States Naval Academy with a BS in Comparative Politics and minors in Chinese and Spanish. Living abroad during high school, Emma felt the call to serve in the U.S. military, ultimately choosing the U.S. Navy for its commitment to humanitarian assistance and disaster response. After graduation, Emma commissioned into the U.S. Navy where she qualified as a Surface Warfare Officer. Emma served as the Electrical Officer on board USS PINCKNEY (DDG-91). While onboard PINCKNEY, she deployed to the South China Sea, East China Sea and Yellow Sea where she participated in theater security cooperation exercises with various foreign navies. During her second tour Emma served as the Fire Control Officer on board USS MAKIN ISLAND (LHD-8) and deployed to the Arabian Sea, Persian Gulf and Red Sea. Following her operational tours, Emma served as the Flag Aide to Commander, Navy Region Mid-Atlantic for over two years where she provided critical integration and coordination among an executive staff that directed facilities and services across 14 installations. Emma’s personal awards include one Navy and Marine Corps Achievement Medal and two Navy Commendation Medals. Throughout her naval service, Emma noted how U.S. Naval forces, equipment and personnel could be better used alongside foreign governments and non-governmental entities to improve lives around the globe. Emma hopes to bring the invaluable and unique knowledge and insight gained at GHD back to the fleet, augmenting best practices in leadership and conflict resolution.