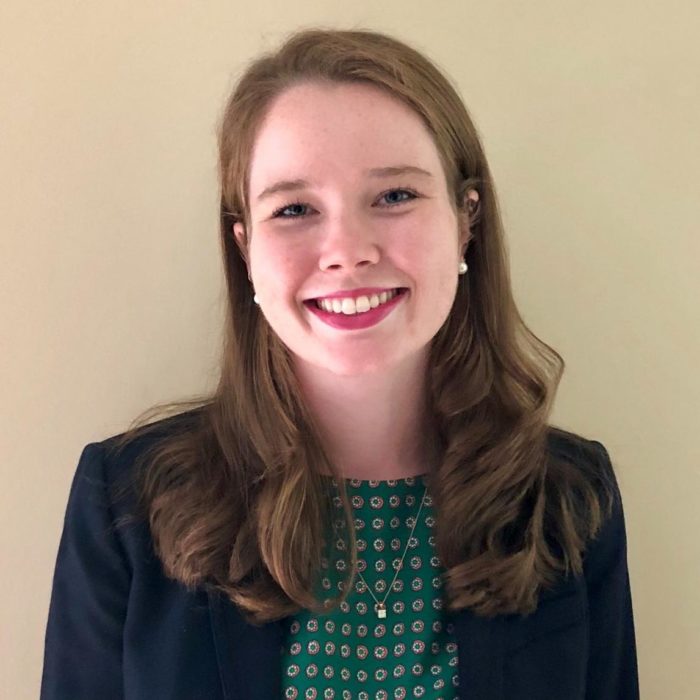 Grace Hulseman joins the GHD program from the Jesuit Volunteer Corps, where she served two years in Belize City, Belize, working as a social worker with Hand in Hand Ministries’ Building for Change Program. Her work was primarily focused on housing assistance for marginalized populations in Belize City and surrounding rural areas. She graduated Magna Cum Laude from the Honors Program at Fordham University with a double major in International Political Economy and Latin American and Latino Studies. As a senior, she was the recipient of the Bernardo Vega – Rigoberta Menchú Tum Award for Excellence in Latin American and Latino Studies and is a member of the Phi Beta Kappa Honor Society. While at Fordham, she invested herself in the local community by interning and volunteering with CitySquash and Rosedale, two Bronx-based educational non-profits serving under-resourced students. She studied abroad in El Salvador, conducted independent research under a grant from Fordham University, and interned with Avis Budget Group. Her senior thesis for the Honors Program analyzed varying levels of gang violence throughout Central America. Grace is familiar with Belizean Creole and proficient in Spanish, and which she looks forward to continuing to advance at Georgetown. Grace’s particular areas of interest lie in development oriented towards the alleviation of social violence and she is interested in working on issues including gang violence, the drug trade, and human trafficking.