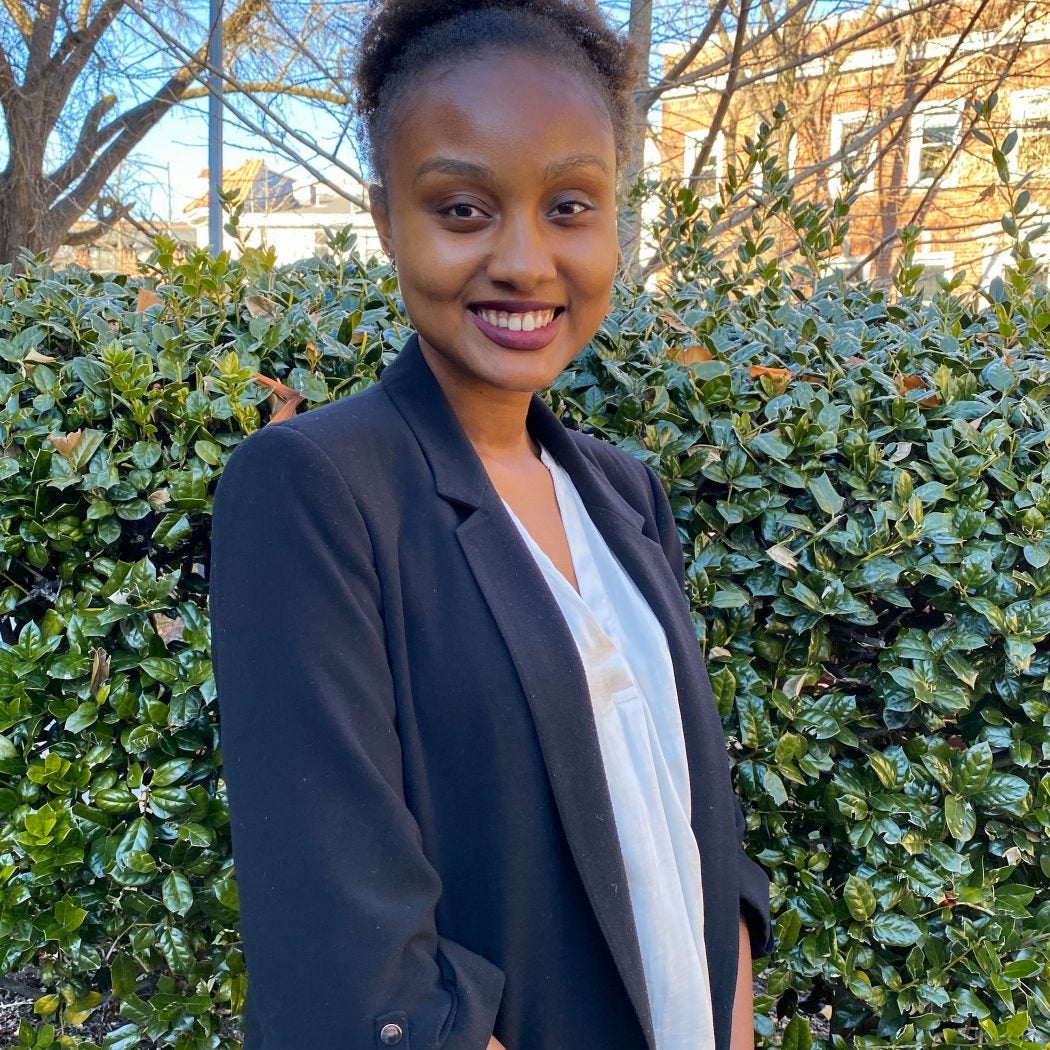 Marieme Foote grew up in Silver Spring, Maryland and Dakar, Senegal. She graduated with honors from Ithaca College with a B.A in Political Science and a Minor in Environmental Studies. For her undergraduate studies, she received a scholarship through the Martin Luther King Scholars Program which she used to travel domestically and internationally to study the impact of food security on local communities. While pursuing her undergraduate degree, she completed an internship in the House of Representatives, and an internship with Africare in Senegal.

Marieme studied abroad in Ecuador with an advanced Spanish language immersion program and participated in a Cuban arts and film program. She worked alongside Women of Color Advancing Peace and Security (WCAPS), supporting the creation of the Youth Ambassadors Program.

Marieme joined the Peace Corps in Benin, where she served as a Sustainable Agricultural Systems Agent until evacuated due to the COVID-19. Upon her return to the United States, she collaborated with WCAPS on a report urging for better support to evacuated Peace Corps Volunteers. She subsequently accepted a position with the National Peace Corps Association, where she worked on advocacy and DEI-related issues pertaining to the Peace Corps Agency and community.

She is a 2021 Donald M. Payne International Development Graduate Fellow and will join the USAID Foreign Service upon graduation, where she will work on food sustainability and crisis mitigation. In her free time, she enjoys reading, knitting, and cooking.